What am I looking at exactly? But it couldn’t possibly be that, I’m at a gallery right now and even though art has become a fairly peculiar thing, I can’t be looking at a stain! It hasn’t come to that… But this is exactly how the canvas looks like, gasoline with a smear substance and old corroded pipes all over it. 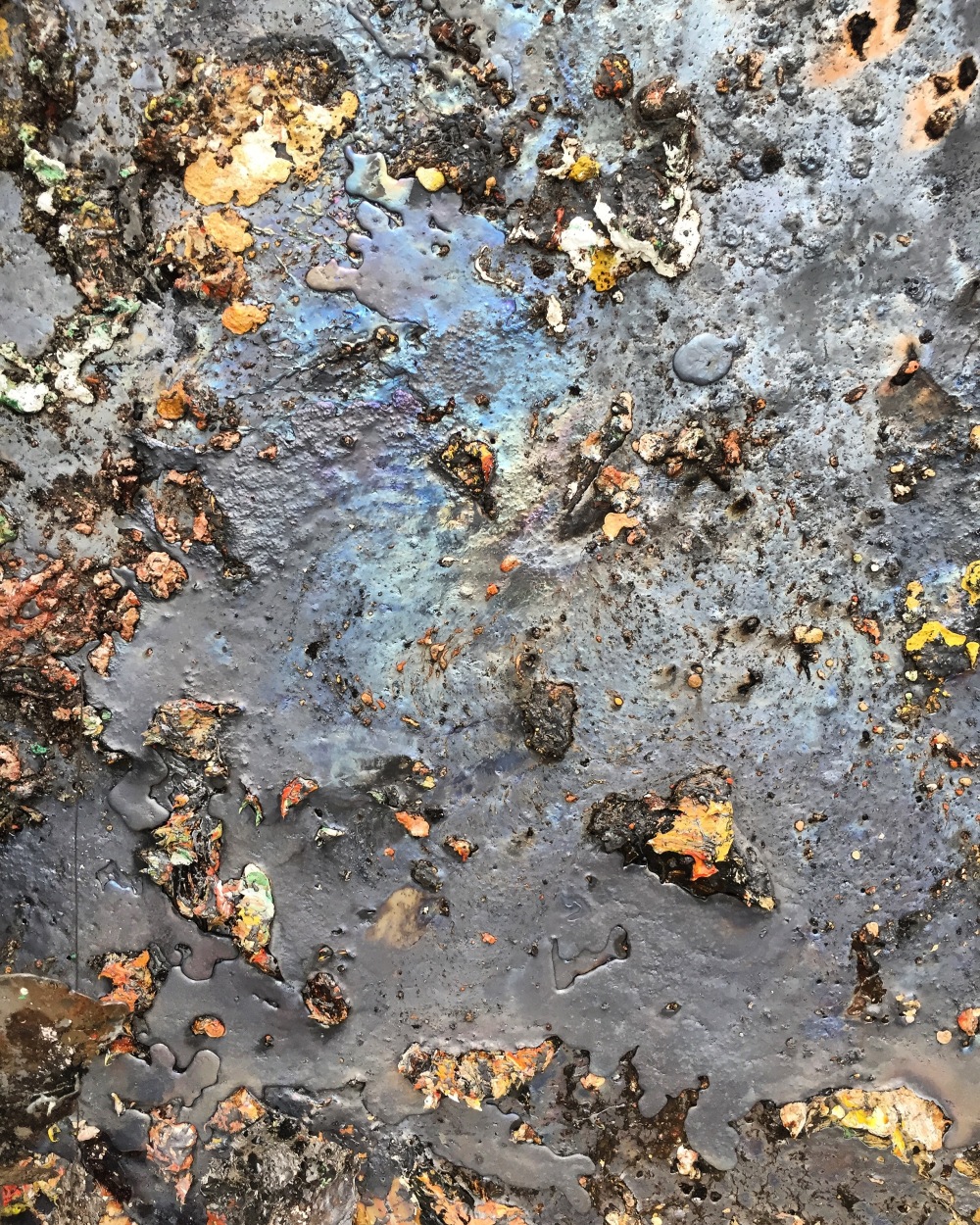 This is precisely how Anselm Kiefer describes the appearance of some of his latest works presented at the Thaddaeus Ropac Gallery in Pantin: as something found in a toilet sink. The texture rasps our eyes, and as we look at the canvases we feel we can touch them without actually doing it bringing alive each painting in the white cube space. Joined to the physical aspect of the canvas, some of the paintings went through a process where the artist melted metal over the surface or carved a whole in it to put a stone in the middle of the canvas. The compositions, already saturated by the infinite layers of panting becomes heavier, and as we admire Kiefer’s dexterity to create such a beautiful chaos we can’t help to ask ourselves how it is that the whole stays still. The haptic ability of his paintings recalls instantly the work of artists such as Fautrier or even Wols in which substance exists by itself. Greenberg’s theories about freeing painting from the burden of form somehow find an echo in Kiefer’s work. Lyricism exudes from each painting, music comes out of the canvases and even though I – sadly – never experienced synesthesia, my guess is that I’m on the brink of doing so by merely looking to this colour and texture explosion.

Nevertheless, as we move away from the painting to look at the whole, shape is found in some of Kiefer’s paintings bestowing them yet another level of understanding. Indeed, is not without significance if he dedicated the exhibition to the underdog of Italian philosophy, Andrea Emo. Little is known about this enigmatic character, most of his ideas were contained in notebooks that were published post mortem – he never intended to revise them nor to edit them for the public eye. What remains of his philosophical thought are scribbles and entries gathered together by Massimo Cacciari, an academic who found Emo’s notebooks. According to Kiefer, Emo’s thinking condenses his inner beliefs: “Andrea Emo doesn’t juxtapose Nothingness and Being. At the moment when I do something, it is at the same time the negation of what I am doing. It implodes and the only reason that something exists is to show that there is also Nothingness.” 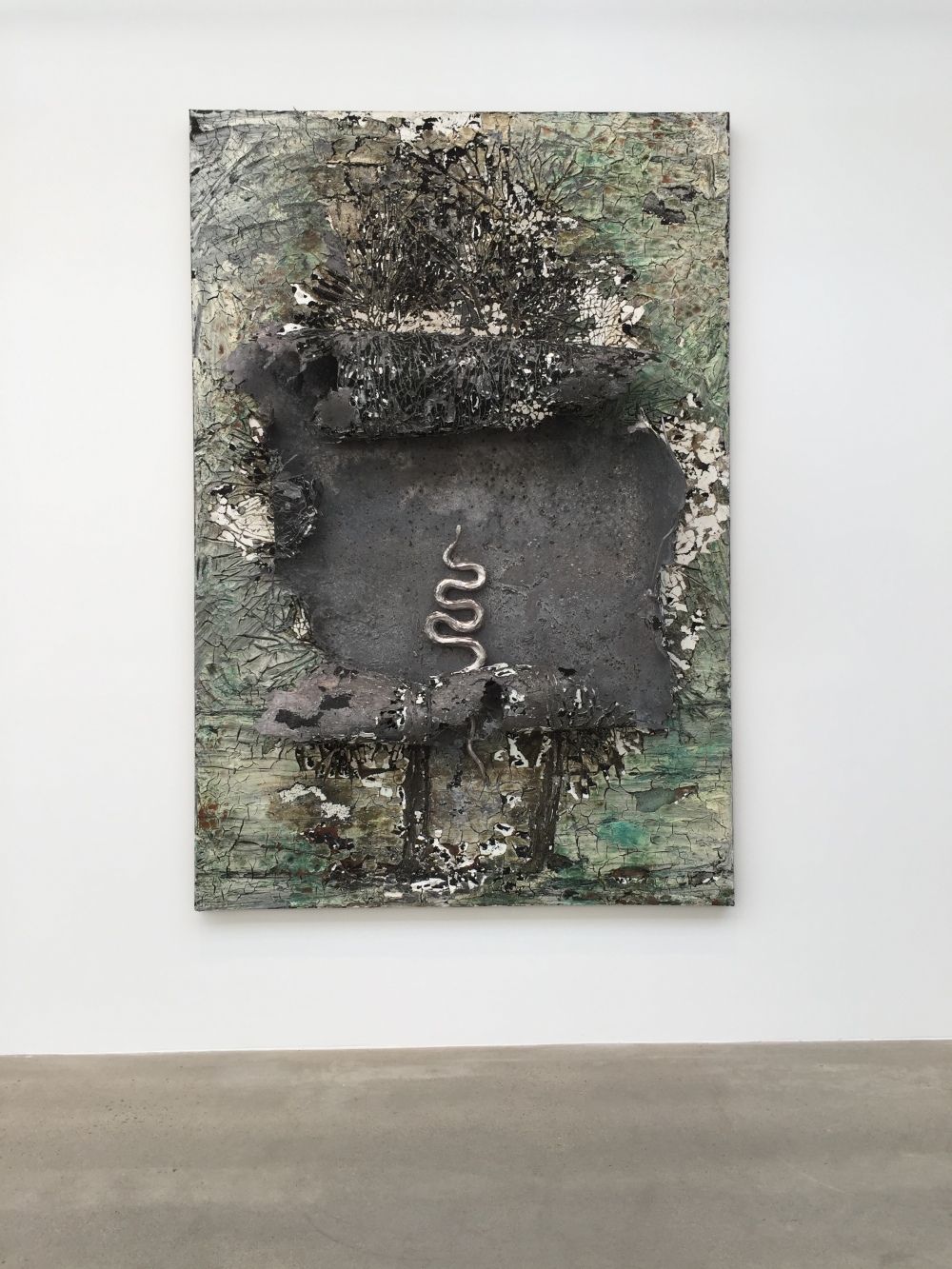 Furthermore, landscapes aboud as nature never abandoned the artist’s narratives, and like in Gaspard Friedrich creations, Kiefer confers to it a special power connecting humans with their inner spirituality. Christian symbols as the snake from the Old Testament allude to an imagery of faith and belief, what is to be discarded is neither belief nor faith but the religious dogma. For both, Emo and Kiefer, the real quandary lies on the modern man’s faith, how men participate in the “absolute”. 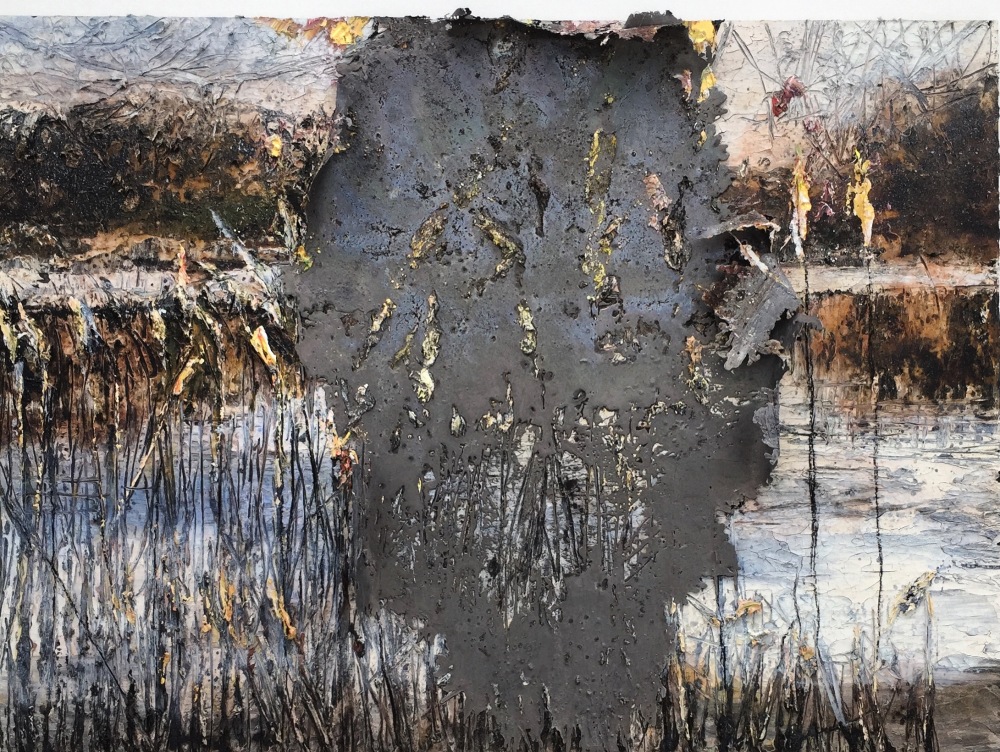 It is a culmination, a feast for our sight, an apotheosis that condenses everything Kiefer believes in and cherishes. Substance and metaphysics are a whole, one cannot be dissociated to the other and Kiefer advocates for the unification of this mator forces. In a dancing and always enrapturing gallery the artist awakes our senses and nurtures our soul. 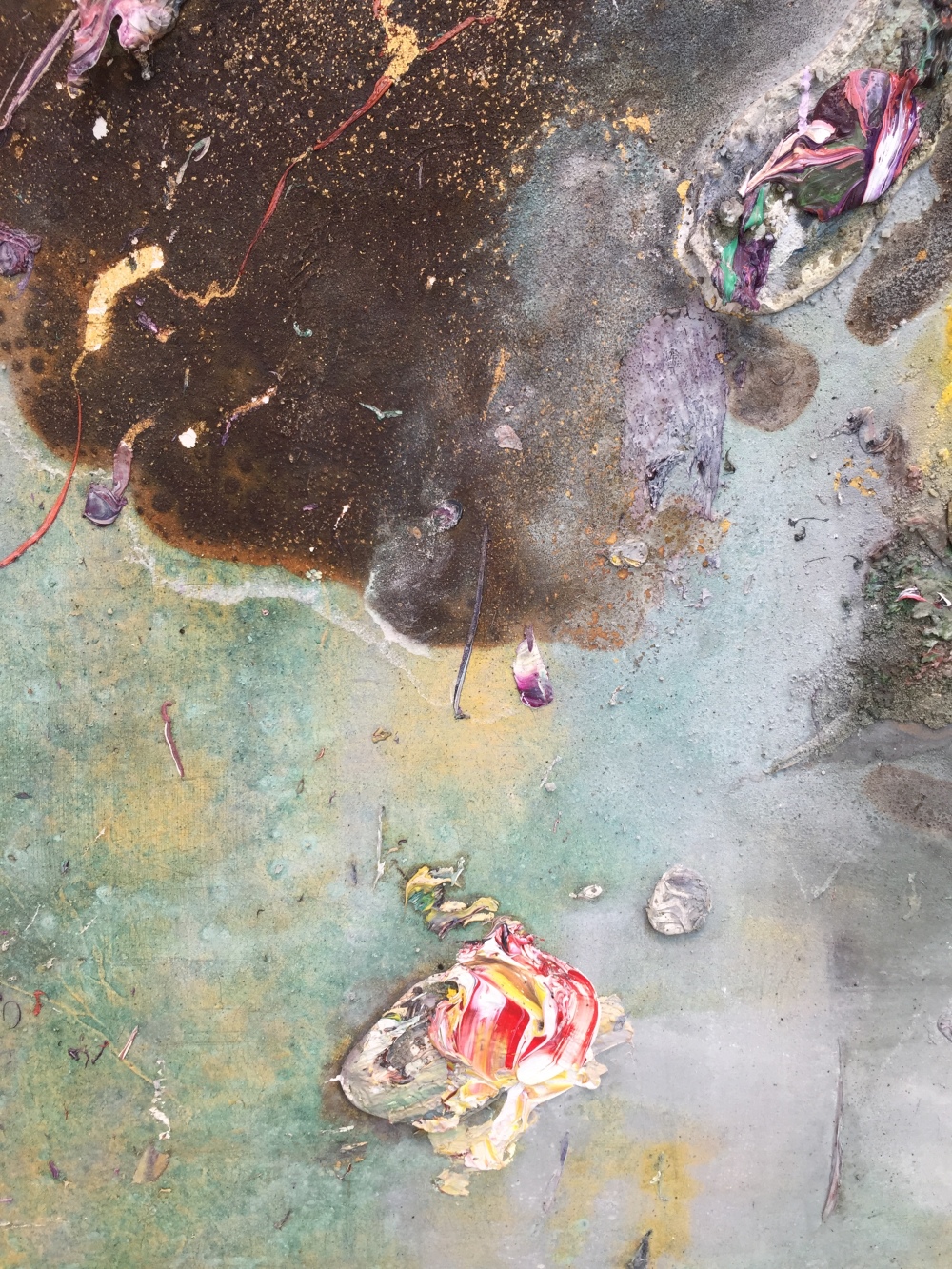