The quarrel to defend abstract art is completely overruled nowadays. Pollock and Greenberg won – oh, so graciously! – and there is no one willing to question abstract art’s position in the art world. Yet today, with the technological advances and  there are few young artists enthused about old mediums. But fear no more, painting is on the rise and with it, some renewal for our beloved abstract paintings. 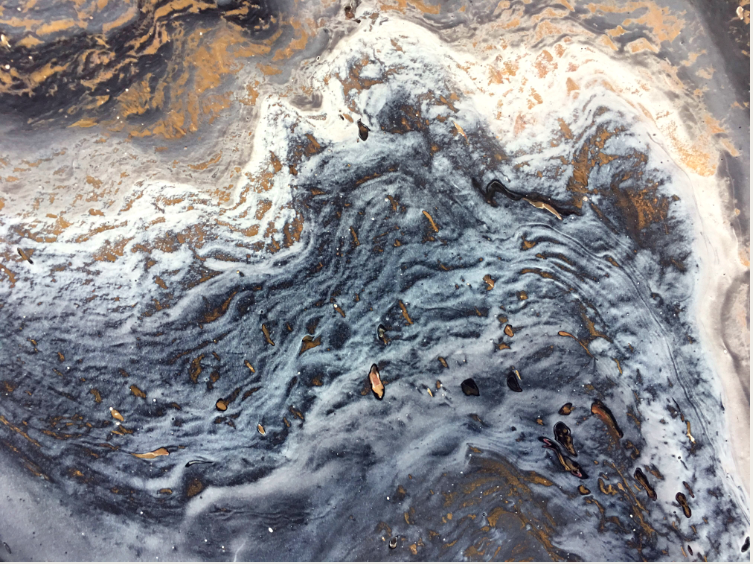 The name… is Silvère Jarrosson, he’s a young French painter who discovered the discipline after several life turns. Inspired by his background as a professional dancer, Jarrosson was lured by the “all over” technique and started to experiment with it. After injuring himself while dancing and missing his days as a performer, “all-over”imposed as a substitute and as a  remedy to his spleen, bringing to Jarrosson the possibility to materialise his movements and to give them form while at the same time fulfilling his need to move. His series Vital Rhythms, one of his earliest ones, is reminiscent to his past as a dancer, during this period the canvas used to be a way of perpetuating his movements while enabling him to experiment with his new medium. Delta and Idée Noire, are canvases pertaining to this series, they both show a repetition pattern embodying the painter’s rhythm and artistic gesture. 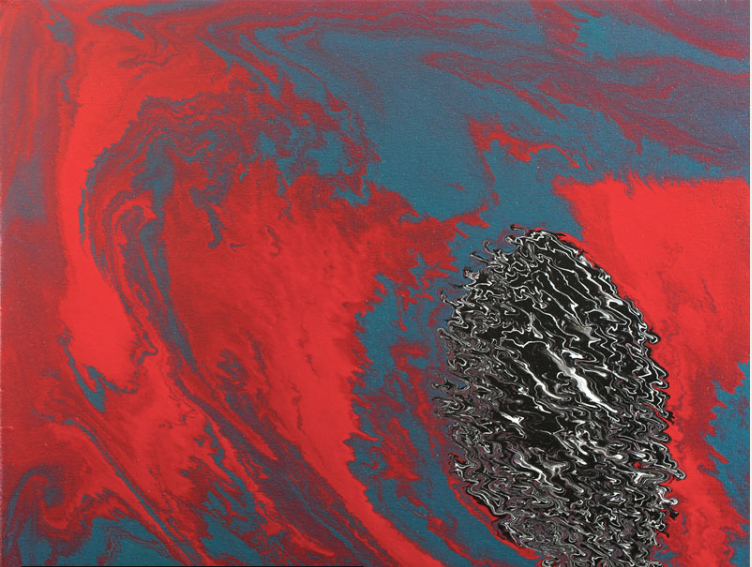 Little by little though, dancing became a thing of the past and painting his present and future. Movement is and always will be a component in Jarrosson’s work, however the nostalgia that first motivated the artist vanished giving way to a new chapter in his work. What ensued was an unintentional depiction of the natural world that Jarrosson studied for over 4 years in college where he majored in biology. “At the beginning, when I started painting, I wasn’t looking to portray nature, it’s more something that came to me inadvertently. When I realised it was there, I started to explore it”. The texture of Jarrosson’s work has a significant resemblance with minerals or other material bodies, for example one painting from his series Élégies bears an eerie similarity to the stone called agate. It seems that the naturalist Ernst Haeckel found an enthusiast in Jarrosson for he gathers together science and art. Haeckel believed that the natural world needed to be mirrored in human activity, especially in art. At a time when industrialization was at its peak, he fought to reconcile nature and humankind, according to him, the latter needed to take inspiration in the natural world. The forms in his paintings are liquid and may look like photographs taken by helicopters or even telescopes, in it from the smallest cell to the biggest forest in the world is depicted, all the ecosystems find a stand.In a moment where ecology and our footprint in nature is severely put under scrutiny it’s necessary that artists stress over this issues, Jarrosson like many others from his generation puts under the spotlight the Anthropocene.

Nevertheless, Jarrosson has always expressed a desire to let the spectator decide for himself, to refer to without explicitly mention what he’s painting: abstraction for the artist means not to reproduce the world but to create a new one. “I was really attached to the idea of making completely abstract art. I know that a lot of artists such as Mondrian or Kandinsky spoke about taking inspiration in landscape. I was looking for something else, something out of this world.” And indeed, if the artist’s first paintings evoke the natural world and have colour in them, his latest creations are much more sobre. When you see paintings from his series Élégies with colours like white, black and some blue it’s almost impossible not to think of the aesthetics of movies like Alien or Under the Skin. It’s actually very curious that one of the first sounds that I associated with this series is the soundtrack of Under the Skin by Mica Levi. The alien for a great part of the movie has a human appearance, she’s like us except that she acts bizarrely. When confronted to her we find ourselves in a sort of uncanny valley where the “thing” in front of us creates an odd feeling. The same is with Jarrosson’s works, we might find them distant and extraterrestrial and yet the parallelisms with our environment are there.

To describe in a word the artist’s oeuvre, layers is the one befitting his canvas, not only in terms of the pictorial approach – as he splashes layers and layers of acrylic paint – but also in terms of the meaning. Nothing is implied or asserted, however for those willing to do down the rabbit hole, there might be some nice surprises.